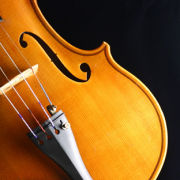 Most farming communities had a Grange Hall, where men met who were members.  It also was the place to be on Saturday night for their square dances.  There was one in Johnson’s Creek.  Today the Baptist Church across the road uses it for a fellowship center.  All ages came.  Parents knew it was a safe place for older teenagers.  For some it was a date night.  There were chairs around the edge of the big dance floor.  The caller would say “square up” which meant 4 couples would be facing each other.  The caller had records and called out what movements the square would do.  He called 3 dances which were a set.  There would be laughing and swinging.

The only daring dance ended with “Kiss your honey if you dare” which you wanted to do with a boy you liked.  Then everyone rested, with only pop or water from the fountain to drink.

My husband said they had square dances just for their friends at his house when he was young.

His father had records and he was the caller.  These were big houses with big rooms for big families.  The furniture was pushed to one side.  Simple fun in carefree days or at least for one carefree night.

The Kiss
Scroll to top