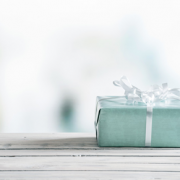 This was a big event for farm women who never got out much.  Our neighborhood farm family was having one.   All ages attended.  There were 2 nice games we played.   Mother was good at both.  First the bride- to- be was blindfolded.  Different spices were given to her to smell.  A woman wrote down her guesses.  Then my mother was blindfolded and smelled the same spices.  There was much laughter and teasing of the bride on what kind of cook she would be when she guessed wrong on many.

The other game was played with old newspapers that had been saved.  Teams of 3 or 4 were chosen.  One person in each group became the bride and the rest of the group got the newspapers and a box of straight pins.  Each team went into different rooms.  They had 20 -30 minutes to make a bridal gown.  My mother’s team usually won.  She had learned to be a seamstress as a young girl in Hungary.  She would fold a pleated bodice and make a train.  All her team was pinning together her creations.  Then there would be punch and cake.  We all wore our Sunday best to show it was a very special event.  It was simple times, simple fun.